The season finale of the 2014 Red Bull Global Rallycross was held at The LINQ in downtown Las Vegas. K1 Speed ambassador, Bucky Lasek, was poised to see the podium for Subaru Rally Team USA.

In the semi-final, Lasek made a daring pass on the outside of Scott Speed to take the victory. Then held off Speed again to earn his third podium of the season.

“We’re very proud of what Bucky has done this season in Red Bull GRC. He’s come up from the ranks and showed everyone how great a driver he really is. We’re honored to have hosted him and other Red Bull GRC drivers and athletes in Austin and LA in partnership with Road 2 Recovery Foundation. He is a great ambassador and we look forward to working with him again in 2015!” – Andrew Palos, Marketing Manager – K1 Speed 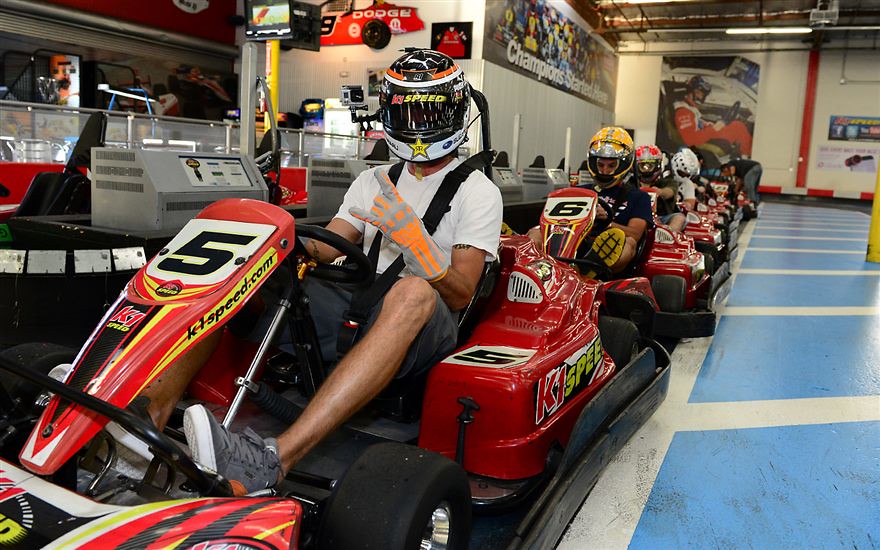 “This was a good weekend for us. We came here with the right setup. Knowing how fast I was in DC, knowing how the car turned in LA, we put the whole package together for this last race, and we came in with a strong car right off the bat. I was running in the top three as far as pace. I got caught on some bad calls, as far as getting outside lane choice, getting stuck on the outside and banged around a bit, but today I was able to win a semi—that’s a big accomplishment for me and the team. And we showed our pace. We got crashed into, we had a restart for the green, and I was able to tuck in behind Ken and keep up and pull third, which is really solid for us right now.” – Bucky Lasek