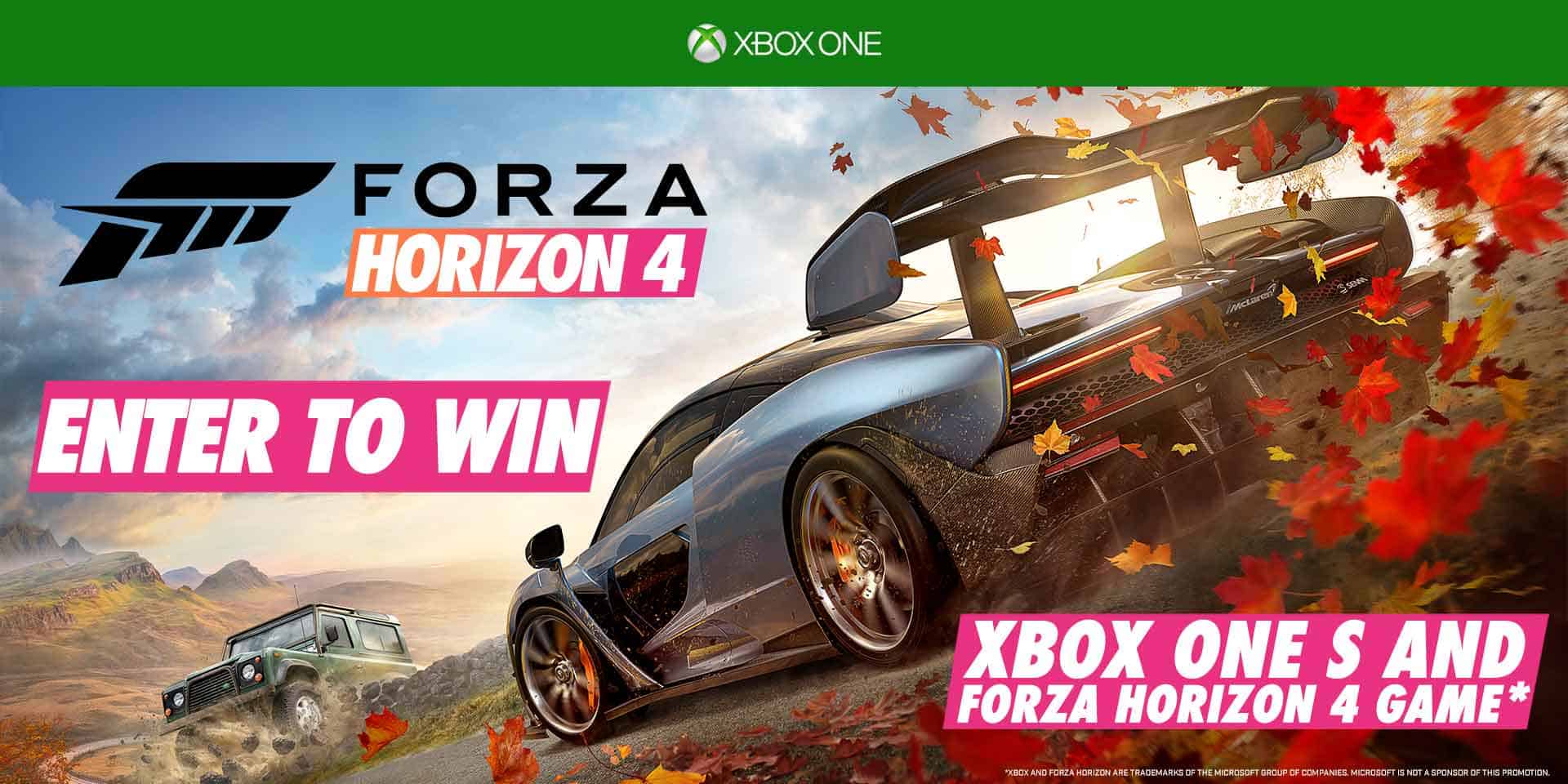 We understand you can’t ALWAYS be logging valuable seat time at your nearest K1 Speed location, so thankfully there’s Forza Horizon 4 that’ll lets you get your racing fix at home!

And right now, we’re hosting a very special sweepstakes that’ll give one lucky winner an Xbox One S, a game code for Forza Horizon 4 Ultimate Edition, AND 12 months of Xbox Game Pass!

And we know there’s going to be a lot of you trying to win that incredible prize, that’s why we’re giving away codes for Forza Horizon 4 Ultimate Edition to 200 lucky First Place winners!

Here’s How You Can Enter:

Fill out and submit the form below.

Seriously, that’s all! It doesn’t get much easier than that – just one minute of your time gets you a chance of winning one of these amazing prizes.

The Xbox One S is 40% smaller than Xbox One, and features a built-in power supply, support for 4K upscaling, HDR support, and an Ultra HD (4k) Blu-Ray Player – all upgrades over the original Xbox One. Not to mention the hundreds of game titles available for the system, including backwards compatibility for three generations’ worth of games.

The 12-Month Xbox Game Pass includes over 100 games you can download and play on demand and includes popular franchises such as Doom, Halo, Gears of War, and Fallout. Xbox exclusive games, like Sea of Thieves and State of Decay 2,  are available on release day and new games are added every month.

*Xbox and Forza Horizon are trademarks of the Microsoft Group of Companies. Microsoft is not a sponsor of this promotion.

This contest has ended.