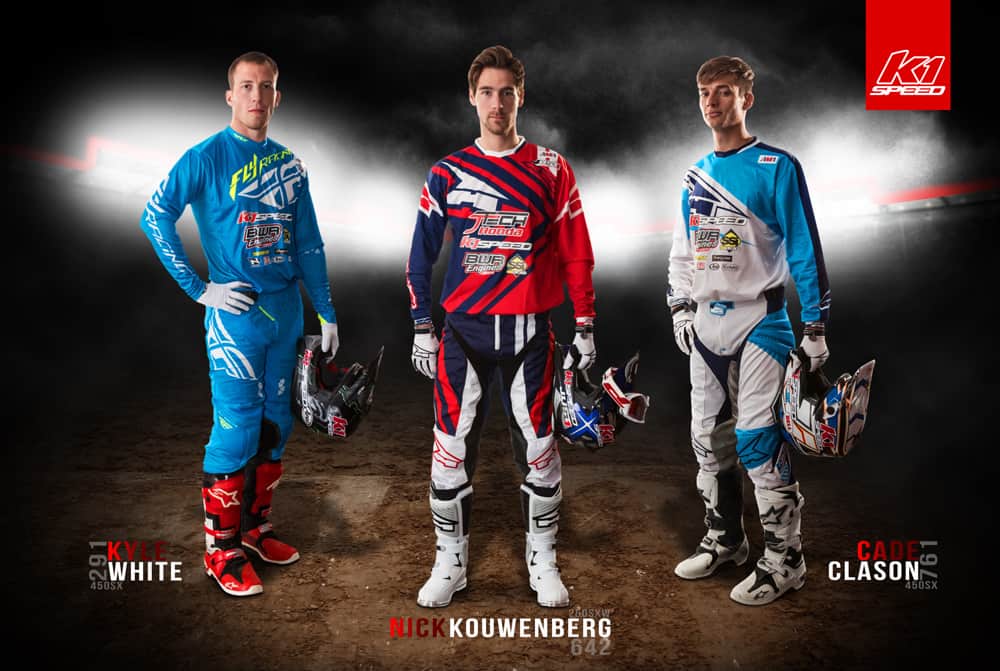 “Being a former Arenacross operation and West Coast AX Lites Championship winning organization, we have a great foundation and know how to win. We were incredibly thrilled with how 2015 supercross season was executed and the results that we achieved as a first year program.  However, we are in a great position for the 2016 Supercross season by adding an incredible talent in Nick Kouwenberg atop one of our 250SX machines. In addition to that, we added Cade Clason to our 450SX program alongside Kyle White. We have K1 Speed returning as a partner for 2016 and they have been incredible to work with; they really believe in the sport and the program that we have put together with them. The team’s offseason prep has been  incredible and we are really hitting stride with all of our riders. We all can’t wait for the season to get going here shortly.”

“Everyone at K1 Speed has been incredibly thrilled by the partnership that we have built with Brian and the entire team…Not to mention, everyone from BWR Engines, SSi Decals, Race-Tech, and all the great partners that help the team operate. We are huge fans and believe wholeheartedly in the sport; which is why we understand the importance of being involved in it. Motocross/Supercross has a large fan base and it continues to prove to be a viable avenue for us to expose our brand and show our support for the sport that we all love so much.”