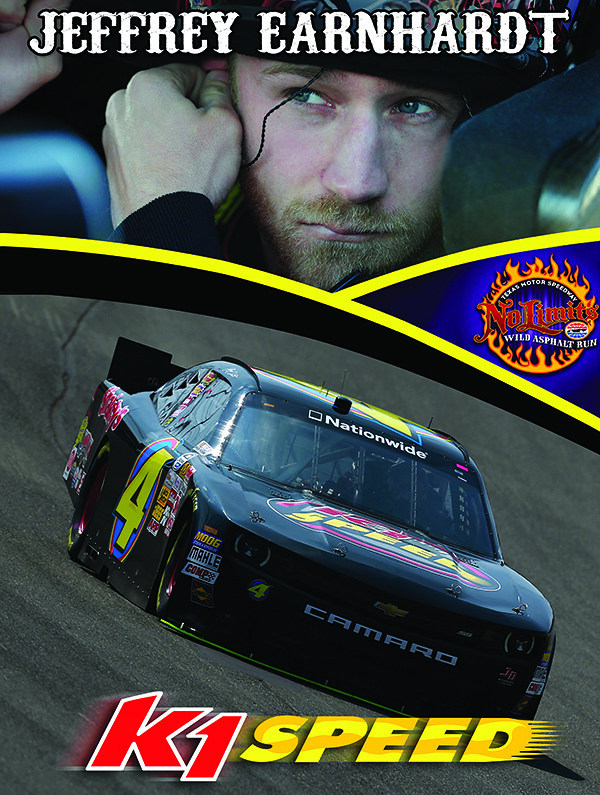 K1 Speed colors will debut on the team cars, driven by Landon Cassill and Jeffrey Earnhardt, in Saturday’s TREATMYCLOT.com 300 at Auto Club Speedway in the fifth race of the Nationwide season. K1 also will be a team partner for the Nationwide race at Texas April 4.

K1, which is based in Irvine, Calif., has a track in Ontario, Calif., near Auto Club Speedway. The company’s tracks are indoors, and the karts are 100-percent emission-free electric vehicles.

“We’re proud to have K1 come on board with us this week and at Texas,” said Johnny Davis, owner of JD Motorsports with Gary Keller. “A lot of NASCAR fans really enjoy riding and racing go-karts, so it’s a natural fit for them and for us. We’re looking forward to going racing with the K1 folks.”